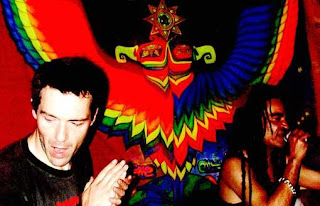 For a generation of London roots reggae lovers, Nick 'Manasseh' Raphael's radio shows on the now tragically sold-out and commercialised Kiss FM were pivotal. The show went out between 3am-6am on Saturday night/Sunday morning, but despite the late slot still had a big impact on its loyal following - for those not up for an all-nighter, alarm clocks and tapes had to be at the ready!

Nick's deep selection and minimal presentation style made for possibly the best roots and culture show Ive yet to hear on radio. For those unfamiliar, Manasseh's own productions are up there with the best UK dub acts - be sure to check out his material. Great producer.

I live in hope that a decent roots and culture show will return to London's airwaves...radio continues to neglect real roots music, and even the pirates don't play dub cuts, as far as I can hear. The early nineties really were a mini-golden era with Norman Jay's brother Joey Jay, Manasseh and Rodigan all pushing the sounds on Kiss. Joey Jay's 'Word, Sound and Power' was a mighty show, but was filling a shorter, prime time slot, and so didn't get to go as deep as Nick's I would say. I really owe them all a debt of gratitude for really turning me on to the wealth of great music connected to Jamaican culture.

I've managed to find a few old tapes of Nick's and Joey's shows (sadly most tapes lost along the way...), and they still sound great - these are they:

Manasseh - Dont want to be a General

A tape featuring a vintage selection from Edie Joseph, Riz Records co-founder:
Eddie Joseph on the Manasseh Show Side A

Eddie Joseph on the Manasseh Show Side B

...and for good measure here's one of the great deejays on London community radio and from the circuit, Cabbage Man, recorded on Power Jam. Cabbage Man is pure personality, his laugh is hilarious, and his love for music is infectious - be sure to give this one a check:

So that's it from me - however, Ringo over at Cry Tough has been collating lots more Manasseh recordings, so be sure to check out his collection HERE . Big up Ringo. Ringo also plays a fortnightly roots show on Purple Radio, and there's a big old archive of his previous shows HERE.
Posted by Mikuś Musik

Thank you, thank you, thank you. do you know how many years i have been in search of Menassah tapes.I used to be one of those youngbloods who will come back from a dance and race straight home to tape the menassah show. Everytime we were at a dance, i'll start looking at my watch so i could get home for 4am. Menassah and Joey Jay, i salute you warriors. You played the best spirital and cultural vibes. Jah bless you both.you are both underrated legends of your time.

Big thanks for taking the time to do this. I remember a friend of mine who recorded way more than me threw away all his manasseh tapes in the skip just outside my flat but by the time I found out and went there to retrieve them already there was loads of bags on top and they were all in black bags - so for better or for worse I decided not to climb inside and search which I can't help regretting. Still, once we found someones scalp in a plastic bag close to there so maybe it was for the best... Anyway I too am greatly indebted to Peel & Manasseh for a decent education - we were all very lucky not to be force fed the sort of commercial cack the youth have to deal with now.

Definitely is of interest Choppy - can you upload them? Id love to hear them and to give them a permanent home on this blog. Please get in touch... 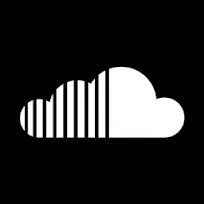